The Baloumis brothers got the food craze spoon-fed by their family – as we say in Dutch. Nikos and Alekos grew up on a coastal farm fueled by natural products from the neighbouring land and homemade dishes.

Once they were allowed to raise a glass, it was only logical that wine and other beverages were soon put on the list of loves of their lives.

Nikos collected excellent knowledge of a diversity of culinary cultures during his hospitality journey. Meanwhile, he and Alekos decided to make their dream become a reality: in 2002, they opened their restaurant in Alphen aan den Rijn. On the waterside, with international vibes, and Mediterranean influences. 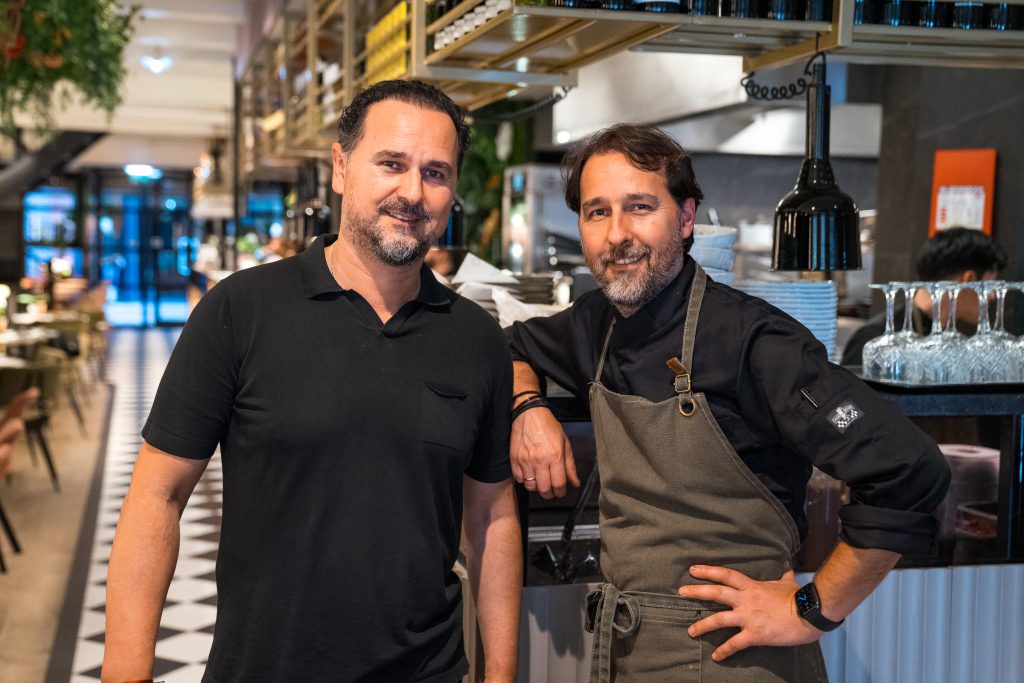